In honour of International Women's Day, which is March 8, all of my #WordWednesday posts this month will be words about women and girls. Many words in common use today are male-oriented, which is not surprising, given the male-dominated history of the human race. The thing is that we (me included) often don't know the words that refer to females.

To be clear -- I do not hate men. I rather like them. My many male family members, friends and colleagues are great guys. The point here is not to use language as a weapon against some group (males) but, rather, to better acknowledge and understand the perspective of another (females). Since language is such a crucial and integral part of how humans experience life, value can be derived from exploring language more deeply.

So, this week's #WordWednesday is sororal, the female equivalent of fraternal. The word "sororal" comes from the mid-17th century Latin word soror, meaning "sister."

Unidentical twins are often called fraternal, but if both twins are girls, they can be called sororal twins. So: Sue & Jane are sororal twins. Have you ever heard of sororal twins? I sure hadn't before I stumbled over it yesterday. And as I type this paragraph I'm disappointed to notice that my online dictionary hasn't, either. It places its little red squiggles under "sororal" -- another indicator of this word's obscurity.
Another case in point: my hardcover Oxford English Dictionary contains the following words in this family of word cousins:
My hard cover Funk & Wagnall's Canadian College Dictionary does better:
Draw your own conclusions. I just think it's interesting, and since I love words, I'll now be open to ways to use soror word cousins when I can. 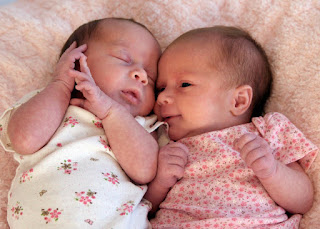