aporia
This word comes from the Greek "aporos," impassable. In modern times the word means that one is speechless or at a loss for words.

Twice in my life I have suffered from lengthy, stunned aporia. The first was years ago after seeing the movie "Sophie's Choice." I could only imagine the rocking, wrenching despair of being forced into such a terrible, terrible choice. I could not speak, couldn't make sense of the seemingly meaningless trivialities of the world around me.

The second time came just a few years ago during and after a visit to the grounds of the Indian Residential School in Spanish, Ontario. I walked around those now-empty fields, hearing the voices of the children crying and moaning. I pictured them in their forced confinement, their loneliness and terror, felt the agony of their parents as they, too, were forced into terrible choices. I cried, hoping that somehow, someone had at least been kind to those children.

We cannot change the past, but we can make a different present. Moments of power are transformative, if we let them be.
Posted by Kate Thompson at 06:43 No comments: 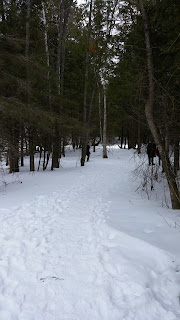 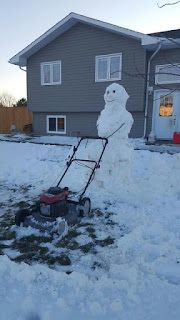 sprinter = spring + winter. This is a portmanteau word I made up for the crazy weather at this time of year. Besides, if most of us could, we'd "sprint" away from this confusing blend of spring & winter. Thanks to my friend Stephanie for this great photo that says it all.
Posted by Kate Thompson at 04:58 No comments: 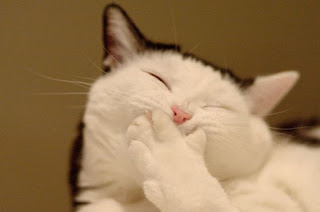 Of all the many kinds of humour I know, word-play humour is my favourite. Not a big surprise, if you know me.

It takes brains to come up with a catchy little play on words -- and apparently different parts of the brain than those that are responsible for other types of humour. I know myself well enough by now to know that I'm not going to investigate that very deeply. Suffice it to say that I appreciate a good word-related one-liner or switcheroo.

And, so, here are two wordy chuckles I've come across that might just lighten your day:

A boiled egg is hard to beat.

Folks are clever in quiet little ways.
Posted by Kate Thompson at 08:11 No comments: