prodnose - an inquisitive or nosey person.

This interesting little term comes from a long-running column by John Cameron Andrieu Bingham Michael Morton, though he preferred to be called J. B. Morton. Who wouldn't, with a handle like that? Anyway, Morton wrote his column for the Daily Express from 1924 to 1975; it was called By the Way, and Morton wrote it under the pen name "Beachcomber." One of the characters in the column was a detective by the name of Prodnose -- a man who prodded his nose into other people's business. 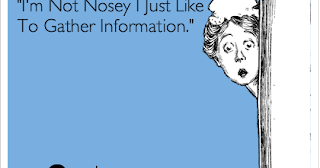 The name became a noun and a verb:

Sadly, prodnosing is an equal-opportunity, gender neutral activity.
Posted by Kate Thompson at 04:43 No comments:

nubivagant:
Wandering in the clouds; moving through the air. Thanks to Helene Pawlikowski for this great old word! I am more than over the moon about it...I am nubivagant!

Just as with clothing fashions, language fashions change. This is part of what makes language so interesting and fun. 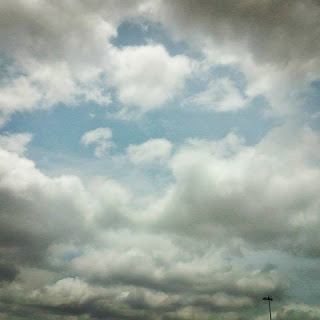 Posted by Kate Thompson at 07:41 No comments: