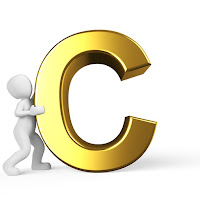 "Categories" is a game in which you try to think of words which start with a specified letter and which fit a particular category. Combinations of more than one word are acceptable (as long as they are listed in a dictionary), so "ice hockey" would qualify as a sport starting with "i," or "hockey" as an "h" sport.

The commercial version is called Scattergories, but you can play this game without spending any money. It's a good car game (talking, no writing), brain waker-upper or group game with family, friends, students…whomever…and has any number of variations to suit your group, location and time frame. When I played with my students, one person opened a book to a random page, pointed at a letter, and that was the letter we had to use with our predetermined categories. Sometimes we'd have a time limit, sometimes not.

So here are a few starter categories. Give it a try if you like word games.

Name six types of furniture starting with B.