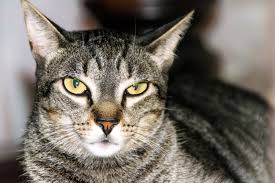 This is such a perfect, straightforward illustration of what a story needs in order to be engaging -- in fact, to be a story at all because a story is "a factual or fictional account of an event or series of events."

A story requires at least one character, a setting, conflict and resolution (or the intentional absence of resolution).

So in Le Carre's example we have:

* two cats
* two mats (inside or outside, doesn't matter at the moment. We might find that out later, or we might not.)
* one cat takes over the other cat's territory (or is given permission or is even forced/tricked for some reason we don't yet know) 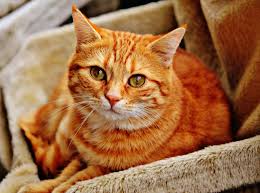 * We have no idea how this story will be resolved, but that's the fun of writing....and of reading, of course.

The writer gets to mess around with the character(s), their world, their problem...and then all of that leads to some resolution.