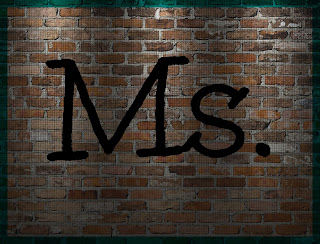 Tomorrow is International Women's Day (IWD). This day has been observed since the early 1900s, originally with an emphasis on job equity for women. One word that came from the modern women's movement is even older than IWD.

Did you know that the honorific "Ms." was first used in the 1600s? It was derived from "Mistress," which was a formal form of address, like Mister. Neither term indicated marital status at that time. The short form fell out of favour for the next 300 years.

Then in 1901 the following proposal was printed in a Massachusetts newspaper, The Republican:

There is a void in the English language which, with some diffidence, we undertake to fill. Everyone has been put in an embarrassing position by ignorance of the status of some woman. To call a maiden Mrs is only a shade worse than to insult a matron with the inferior title Miss. Yet it is not always easy to know the facts...

Now, clearly, what is needed is a more comprehensive term which does homage to the sex without expressing any views as to their domestic situation, and what could be simpler or more logical than the retention of what the two doubtful terms have in common. The abbreviation "Ms" is simple, it is easy to write, and the person concerned can translate it properly according to circumstances. For oral use it might be rendered as "Mizz," which would be a close parallel to the practice long universal in many bucolic regions, where a slurred Mis' does duty for Miss and Mrs alike.

This "new" honorific came and went in the English lexicon, sprouting up in 1951, 1952 and again in 1961, when Sheila Michaels was advocating for a title for women who did not "belong" to a man. Her efforts were largely ignored. In 1969 Gloria Steinem heard about the term from a friend who had listened to a radio interview, and in February 1972, Ms. magazine hit the newsstands.

After another decade or so of the term's patchy acceptance and use, at last we seem to have agreed that both women and men can be addressed without reference to their marital status. We now have two terms that eliminate both the guesswork about marital status and the suggestion that it's even relevant in most non-personal interactions.
Posted by Kate Thompson at 05:52